If you’ve ever had, or been around anyone who’s had, a touch of the Pregnancy Brain or its natural rite of passage: New Baby Mush, then you are on the way to understanding the effects of Chemo Brain. Just magnify the lack of cognitive skills, difficulty in concentrating beyond the fourth word in any sentence and lack of recall for anything which happened say, over ten seconds ago, and you start to get the picture.

Experts aren’t sure what causes Chemo Brain, or if it’s even the chemotherapy itself, or simply the having cancer and any treatments for it, but it is recognised as a debilitating side-effect seen in cancer patients. There’s a good article about it on the Cancer Research UK website here: http://www.cancerresearchuk.org/about-cancer/cancers-in-general/cancer-questions/chemo-brain

I’m not your archetypal control freak. I yearn for those moments where I can take a back seat because somebody else has taken the reins. But I do like a certain control in my personal and working life. The moment my to-do list gets a little messy, it ramps up the stress levels. Chemo Brain certainly added a layer of stress to my life and I think that if you asked my children what the worst aspect of my treatment was, they’d say it was having a Mum who was away with the fairies. I couldn’t retain even the most simple of information – from whether I’d brought in the milk to where my children were.

And one of the most stressful things was, wait for it, the washing. Oh yes, when you can’t remember your teenage daughters having a pair of black skinny jeans to die for, let alone whether they were dry (or even if you’d washed them) and the party for which they must be worn was a few sweet hours away, it’s depressing. I was used to being on top of such matters, and being on top of those meant that I could concentrate on arguably more important matters, such as work. In truth, every time my children flashed me that look of disappointment that I’d forgotten something, anything, again, it sort of broke my heart a little bit more. Maybe it was intertwined with being a mother and having cancer treatment because when you have children (or a partner, friends or family), it makes you feel like you are a bad mother (or wife, friend, daughter or sister) sometimes.

But please don’t despair. It gets better.

Almost the moment the other side-effects of chemo disappeared a couple of weeks after my final dose, I felt the fog lift a little, too. It would be wrong of me to pretend that I’m back to the old – skinny jeans you say? What colour? The black ones are in the machine as we speak, green ones are drying on the airer (I’d say two hours forty seven minutes and they’ll be dry as a bone) and the grey ones, sorry, still in the washing bag, we could spray them with Febreze? – ‘all-over-it’ mum. Cancer seems to lodge a lump of goo in your brain as its final (we hope) hoorah when it leaves. It’s a store for The Cancer Fear to be dissipated around the body whenever you cough, get a spot or have stiff legs, and dust an annoying layer of fuzziness over all other thoughts at other times. I’m afraid hormone treatments, such as Tamoxifen don’t help either. Nor does a chemically-induced, premature menopause.

But none of that, categorically none, is a patch on Chemo Brain.

My advice? Be kind to yourself. It isn’t a failing; it’s a side-effect. It isn’t forever and life will feel oh so much better when it’s gone. There are strategies to help. Keep lists, lots of lists, and keep them by you at all times so that you don’t forget where you’ve put the list (!) Keep healthy too: the endorphins you release when you exercise are proven to improve cognitive skills and I certainly write better after a run. And water. I swear water cleans your brain. No scientific papers will back me up on this but I’ve experienced it myself regularly, so it must be true. Too much tea? The fog in my head is so heavy I can practically feel the weight. Glass of water? Instantly lighter. Try it, seriously, I think water is the ultimate medicine. And educate those around you. I think my children, even as teenagers, were too young to really understand what I meant when I said that I couldn’t remember. It was beyond their comprehension and life experience to imagine how this could be. But friends and family will understand and they’ll make allowances and even send you helpful text messages just to make sure you know where you’re supposed to be.


And Jackie also has a book out soon which is available now to pre order, called Tea and Chemo: Fighting cancer, living life
https://urbanepublications.com/books/tea-and-chemo-fighting-cancer-living-life/
http://www.amazon.co.uk/Tea-Chemo-Fighting-Cancer-Living/dp/1910692395 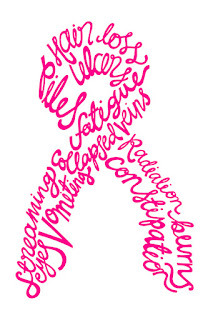 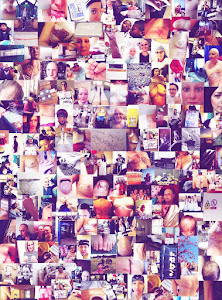 This blog has been set up to provide a space for young women who have been diagnosed with breast cancer under the age of 45 to share their own thoughts and experiences through writing.

Find out more:
* About this blog
* Why write?
* Want to write but don't know where to begin?
* Having a blog post published - important things to know.
* Submitting a piece of writing to the Young Women's Breast Cancer Blog